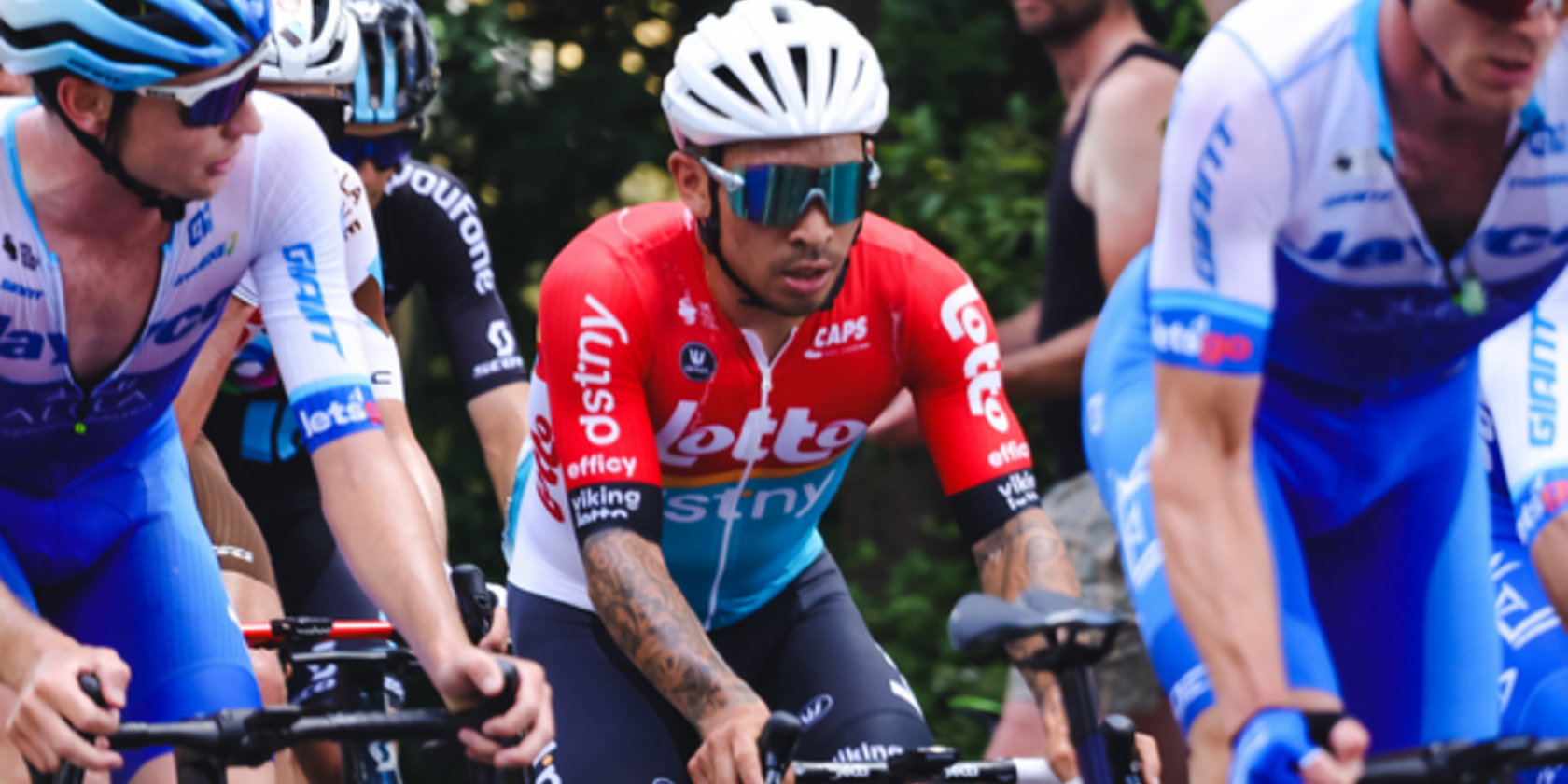 The fact that his 2022 season was seen as one of the least successful, despite winning seven times, says a lot about the qualities and talent of top sprinter Caleb Ewan. The 28-year-old Australian is motivated to show himself again on the highest level in 2023, during races like Milano-Sanremo, several Flemish Classics, the Tour de France and the World Championships. With a strong performance in the Australian championships and a victory in the evening criterium ahead of the Tour Down Under, Caleb Ewan begins the six-day WorldTour stage race with confidence.

Unfortunately, you have not accepted cookies for displaying external content. Do you still want to know what you can see here? Adjust your preferences in our cookie statement.

“At the Australian championships, I felt that I am climbing well and with a victory in the Schwalbe Classic, I also got to practice my sprint. It’s a nice confirmation of form ahead of the Tour Down Under, because with a couple of tough stages I will definitely need my climbing legs and fast sprint. I feel good and motivated for six days of racing.”

You are preparing the new cycling season in Australia, where you have been staying for a couple of weeks now. How does it feel to back with family and friends, after you weren’t able to return for three years due to the Covid crisis?

“It’s nice to be back, I got to see a lot of family and friends. And I’m able to train well in good conditions. I will stay here to ride the Tour Down Under and Cadel Evans Great Ocean Race. Afterwards I’ll return to Europe.”

“It’s true that 2022 wasn’t my best season but still, I won seven races. I also had my share of bad luck. But sometimes, you’re able to learn the most from those seasons. I learned my lessons and I am ready for next season. I am also really motivated to get results in the biggest races. My goals will mostly be the same as other years: Milano-Sanremo, several Belgian Classics, the Tour de France and the Worlds. I am really excited to ride some more Belgian races again. Those should suit me really well, now that I’m a bit older and more experienced.” 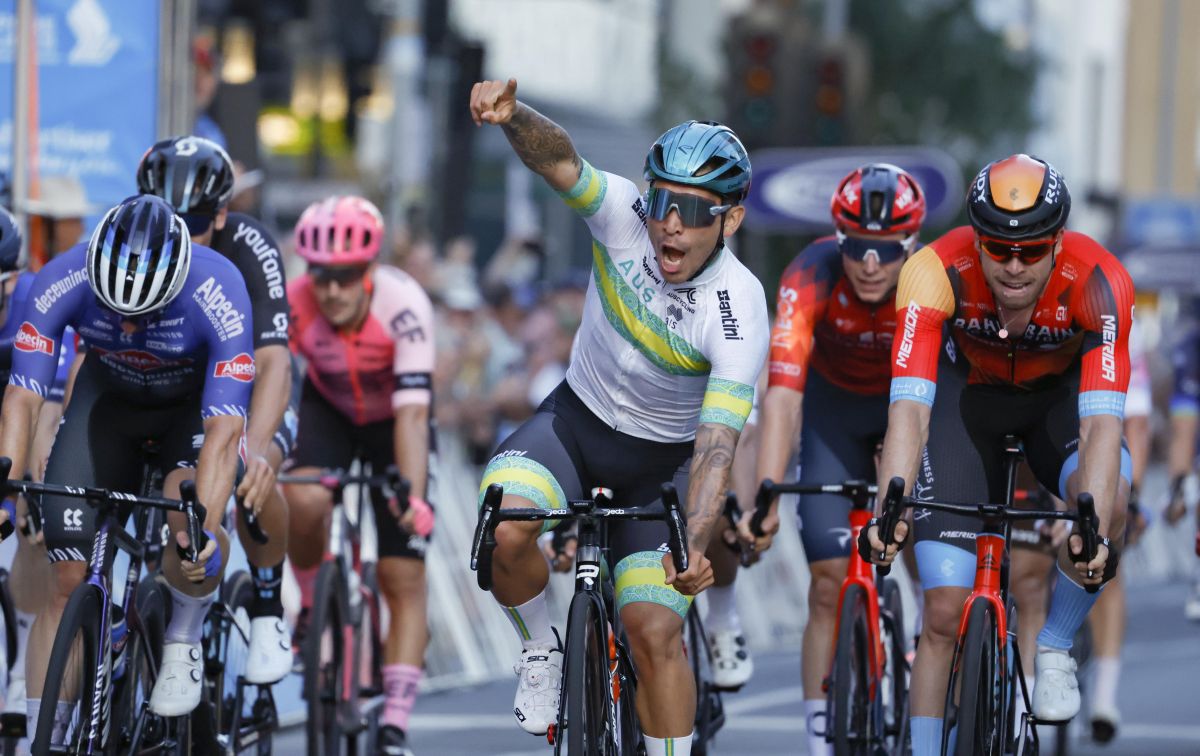 So, we will see more of you during the Belgian Classics. There, but also at Milano-Sanremo, you will line up amongst Arnaud De Lie. Do you think you are a good duo?

“Yes, absolutely. It’s always nice to have more than one leader. One of us could get sick or crash and when he’s the only leader in the race, it’s difficult to change team tactics all of a sudden. If we’ll reach the final with two, we also have multiple options. I look forward to discovering what we can perform together.”

There have been some changes in the team: new riders, lots of new people in the performance staff. How do you think this will influence your performances?

“Yes, there have been quite some changes. In the lead-out but also in the rest of the team. I am positive about it. Jacopo Guarnieri joining our lead-out will have a big impact. I think he will add lots of experience we were maybe lacking. In terms of horsepower, I think we have had one of the strongest, if not thé strongest lead-out for quite some time. But sometimes, we were struggling to get the most out of that horsepower. With Jacopo Guarnieri, I think we can better organise ourselves.” 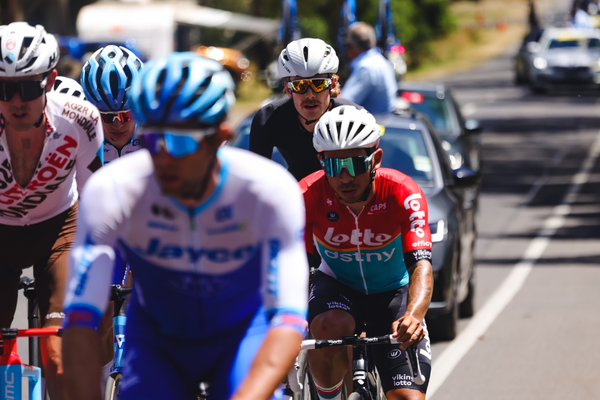 Not being a WorldTour team anymore: does that change anything for you?

“The past year has been really stressful for everyone in the team. Unfortunately, we didn’t make it. But personally, I don’t think a lot will change. I can do my usual program and that is the most important thing. Of course, we need to make sure that we stay in the driving seat to choose our own races. But if we perform like the past season, there won’t be a problem. That is why I am convinced that we will return to the WorldTour within three years.”

“That’s always hard to say: a lot can happen of course. But I hope to win a Classic or even a Monument in the spring season, that would be great. Afterwards, I will focus on the Tour de France, where I hope to win a stage again. And almost straight after, it’s time for the Worlds, where I expect to have a good chance. Those are a lot of big appointments and goals, but if everything goes well and I have a bit less bad luck compared to last year, I think I’m able to win in one of those races.”