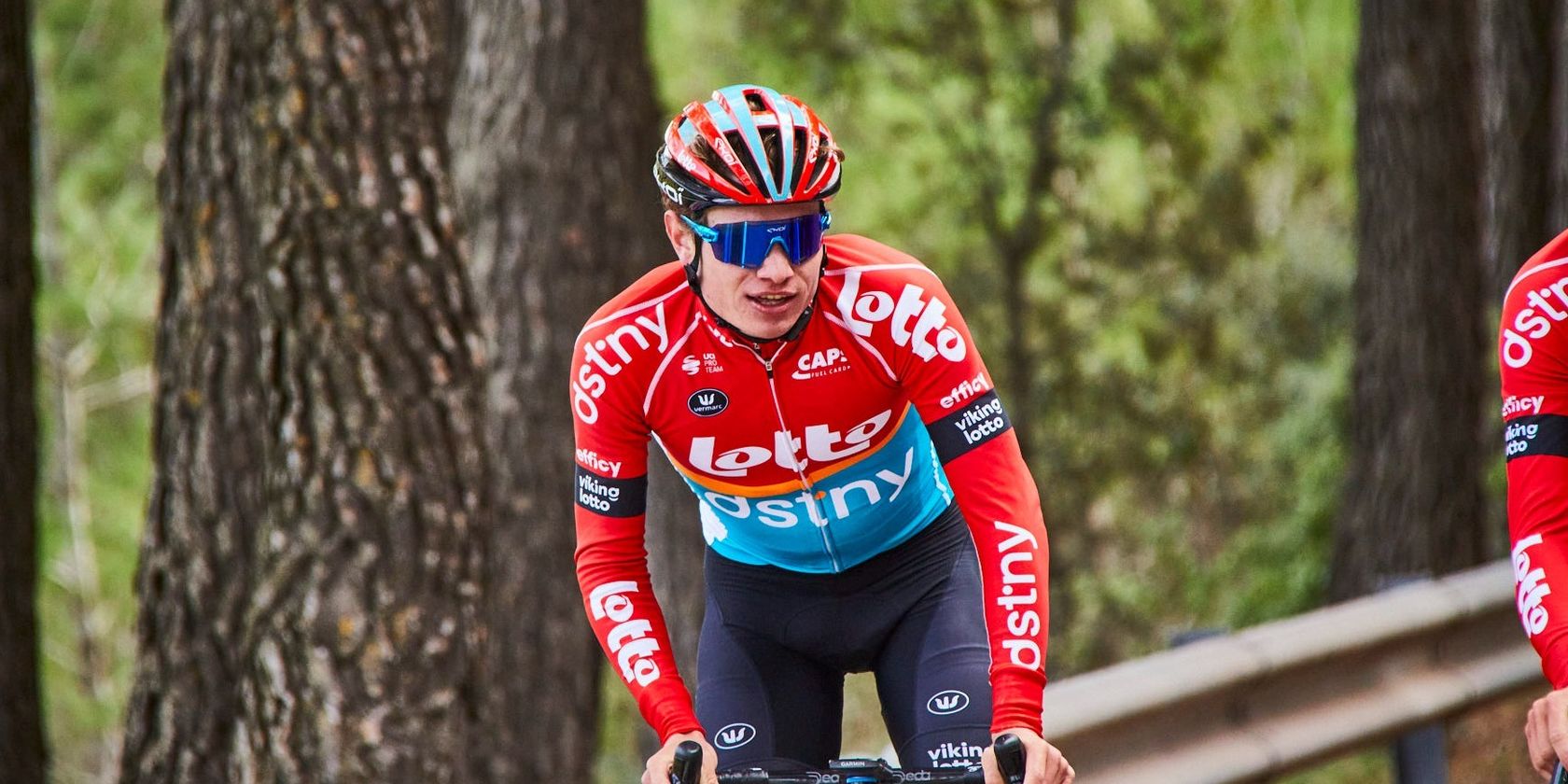 Each year, the Lotto Dstny Development traditionally delivers several youngsters to its professional team. Over the past seasons, riders like Arnaud De Lie, Harry Sweeny, Sébastien Grignard and Maxim Van Gils made the step up; this year Liam Slock and Lennert Van Eetvelt will join the Lotto Dstny ProTeam. Before his pro debut at the Mallorca Challenge, the 21-year-old Belgian from Binkom took some time for a chat.

Lennert, after several years at the Development Team, you will make the step up to the pros this year. How do you look back on your time in the U23 ranks?

“It was a beautiful but also really bizarre period. Covid disrupted the entire racing calendar, which made 2022 only my first full season at the U23s. But I managed to take a lot of steps during those past three years at the Development Team and I also got to know the team better. The familiar environment within Lotto Dstny allowed a smoother transition towards the pros.”

With amongst others a stage win and 2nd overall at the Giro U23, the overall victory at Course de la Paix and a podium spot at Liège-Bastogne-Liège,  the 2022 season was a really successful one. Is there any performance that stood out, personally?

“I am really happy with the nice performances I delivered in some of the biggest races. What I am most proud of however, is my consistent performances. In almost all races I had targeted, I was able to show myself and proved that I could perform at the highest level.” 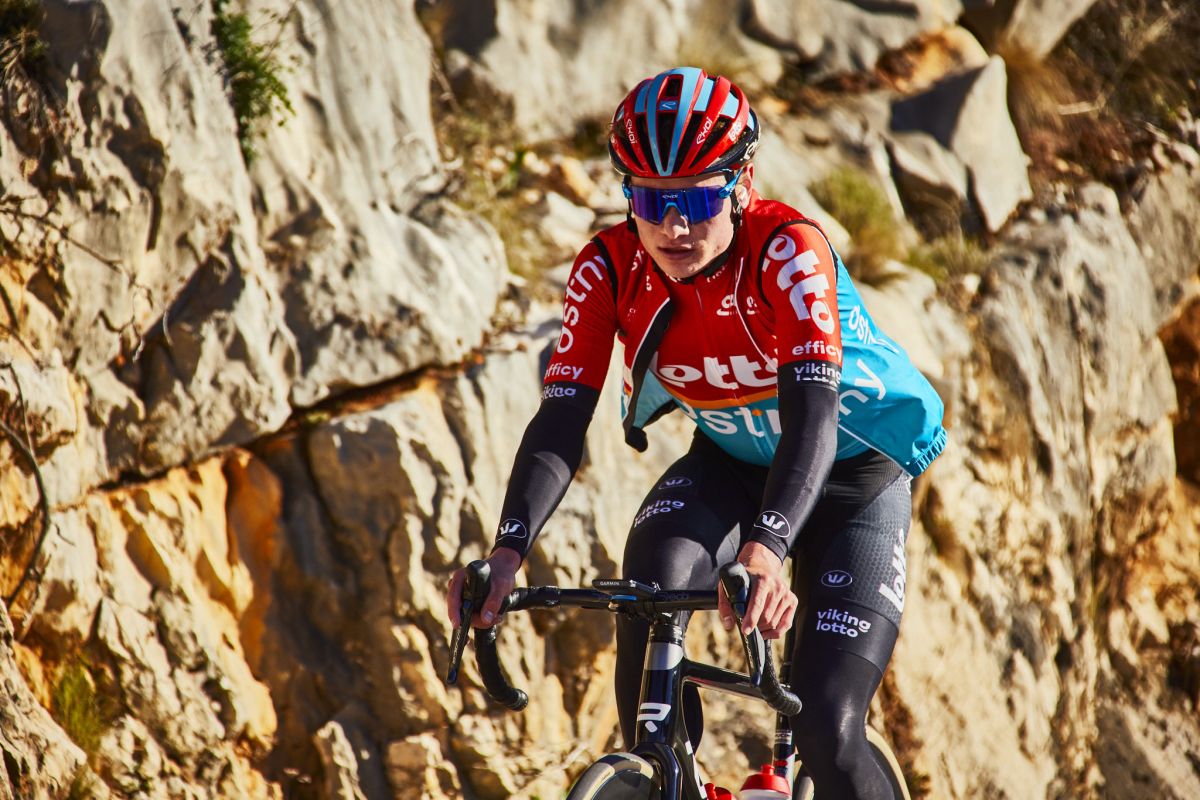 You mostly excelled in climbing and stage racing. Will you also focus on those areas in the years to come?

“The ambition is indeed to gradually further develop my climbing abilities. I am aware that it definitely won’t be easy. It will take time and dedication, but we set out a roadmap and Lotto Dstny is a professional environment where I get the perfect support to realise my ambitions.”

At Lotto Dstny, the performance team was reinforced with trainers and nutritionists, do you already feel these changes?

“I am really happy about the expansion of the performance department. As a climber, it is even more important to stick to a strict nutrition and training scheme. Apart from that, a lot of altitude camps are being planned for the upcoming season. I’ve never been on an altitude camp myself so it will be interesting to discover how my body reacts to such training efforts.” 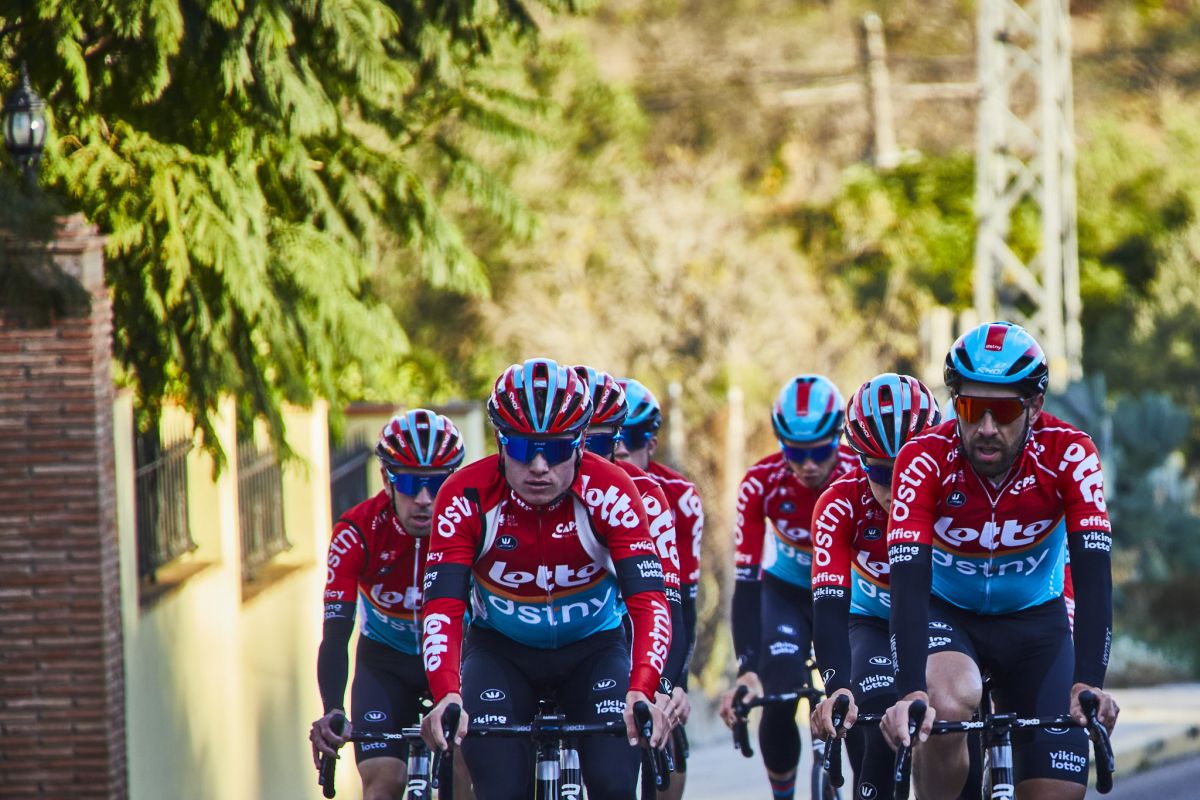 “Strange enough, I’ve never been to Mallorca. At the Lotto Dstny training camp, I’ve heard that racing on Mallorca is immediately quite intense, so my pro debut definitely won’t be an easy one. For the upcoming season, I don’t have any specific goals, I first want to adapt to the pro level and show myself as much as possible during the races.”

Where do you prefer to train, being a Belgian climber?

“Training options as a climber are quite limited in Belgium. That is why I often head to Tenerife. The long climbs on the island and the nice weather make it my favourite place to train.”

One final question. If you could only win one race in your career, which one would you pick?

“If a Grand Tour counts, then I’ll pick the Tour de France. The World Championships are also legendary but as a climber, the Tour is the highest possible.”